Salute to our Veterans...

"Veterans know better than anyone else the price of freedom, for they've suffered the scars of war. We ca ... more 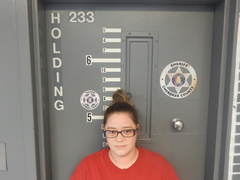 Cherokee County was established January 9, 1836. It was named for the most civilized tribe of Indians, the Cherokee, which first settled and occupied this region for many centuries.

Cherokee County is considered the Crappie Capital of the world. Weiss Lake is comprised of several rivers, the Coosa, Chattooga, and Little River. Flood control is provided by Weiss Dam and Powerhouse which was constructed by Alabama Power Company in 1961. Weiss Lake has approximately 477 miles of shoreline and encompasses 31,000 acres.

Little River Canyon, a national preserve, is the deepest gorge east of the Mississippi River with hiking trails and areas for day recreation. Little Rock City Park is a mecca for rock climbing enthusiasts, and overnight camping is available.